I knew something was up on Wednesday night.
Everyone was giving me extra loves and Mom was nervous.
I was right!
Mom had to leave me at the Little Rock airport at 4:30 the next morning.
I watched her walk away.
She cried.
I was okay, though, because I trust her.
She told me that I was going to Grandma's house.  This Grandma person sounded pretty amazing!

The next thing I knew, I was up in the air again.  This time I was headed to "BWI".
I had no idea what that was, but I was sure hoping that it was taking me closer to Grandma.

I had already been in my crate for almost 12 hours when my airplane landed.
More loud noises.  More being jostled around.

And then I heard it... "Cheesecake!"
My name!  Someone said my name!
But it was a man, not a Grandma.
Oh, it was the GrandPA!  Mom told me about him, too!

Grandpa sounded so nice, and when he bent down to talk to me I knew he was good.

But I was still a little scared so I resisted coming out of my crate.

Grandma was talking to me just like Mom talked to me.  But I was nervous.

But Grandpa finally got me out and I was so happy!!  I was glad to get out of that crate.  It smelled like a cow barn.  I've never smelled a cow barn before, but Grandma assures me that it did, indeed, smell like a cow barn. 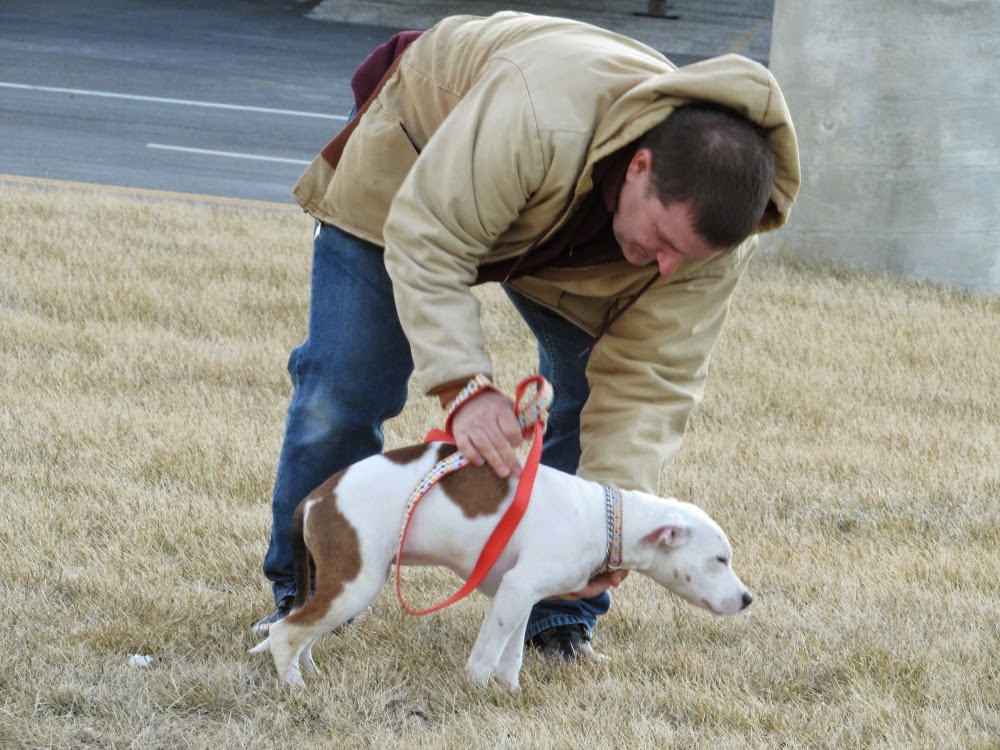 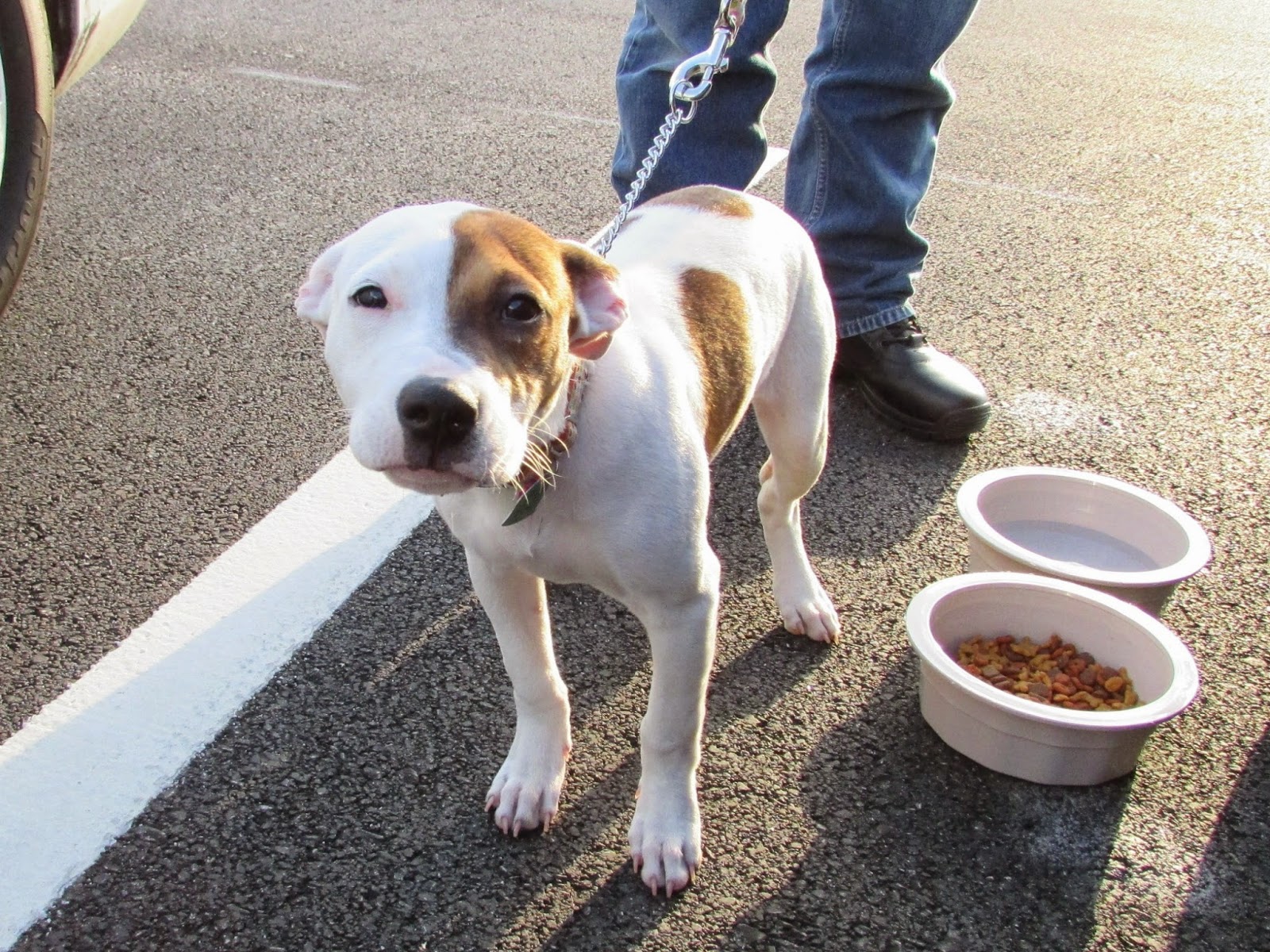 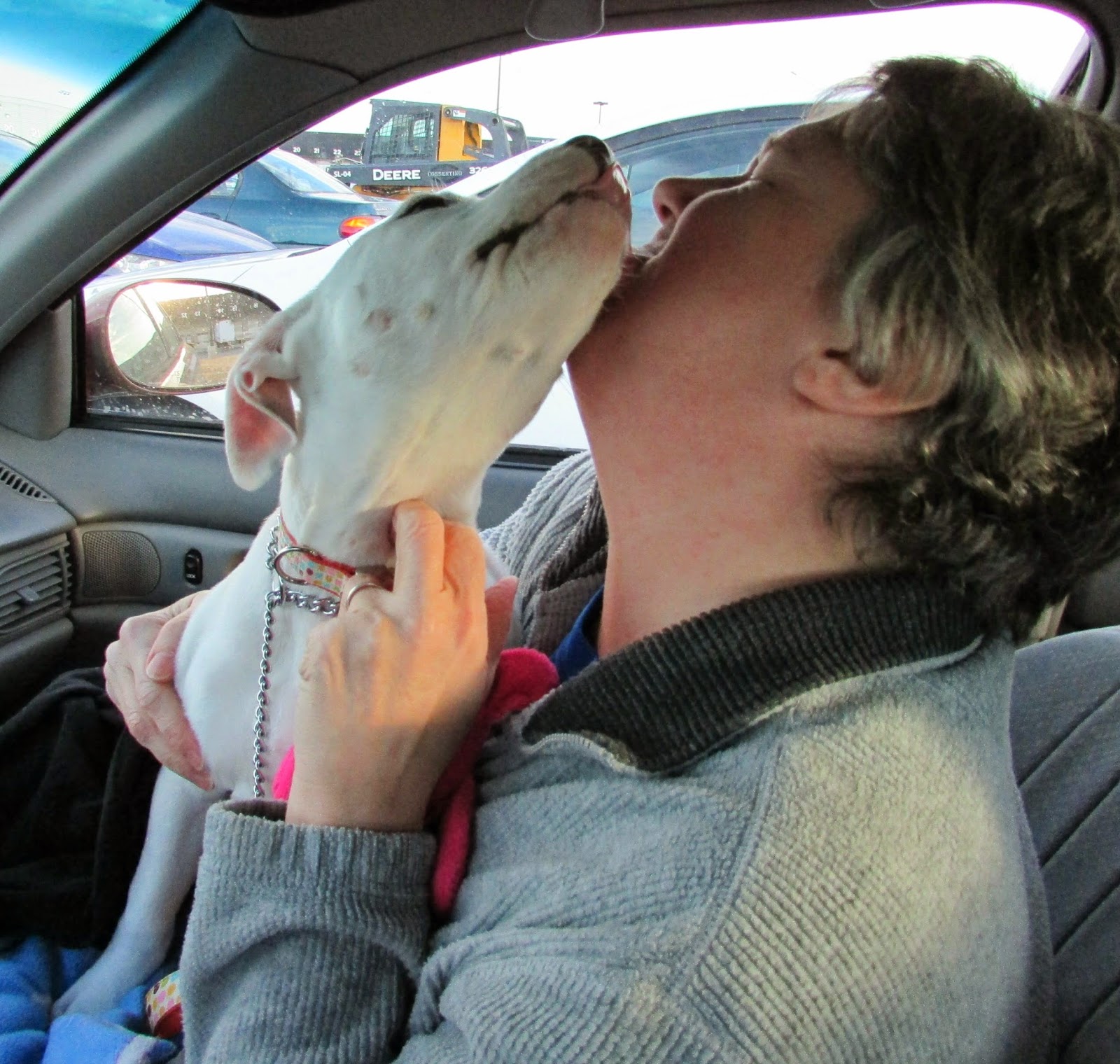 For the rest of the drive home, I slept on Grandma's lap. 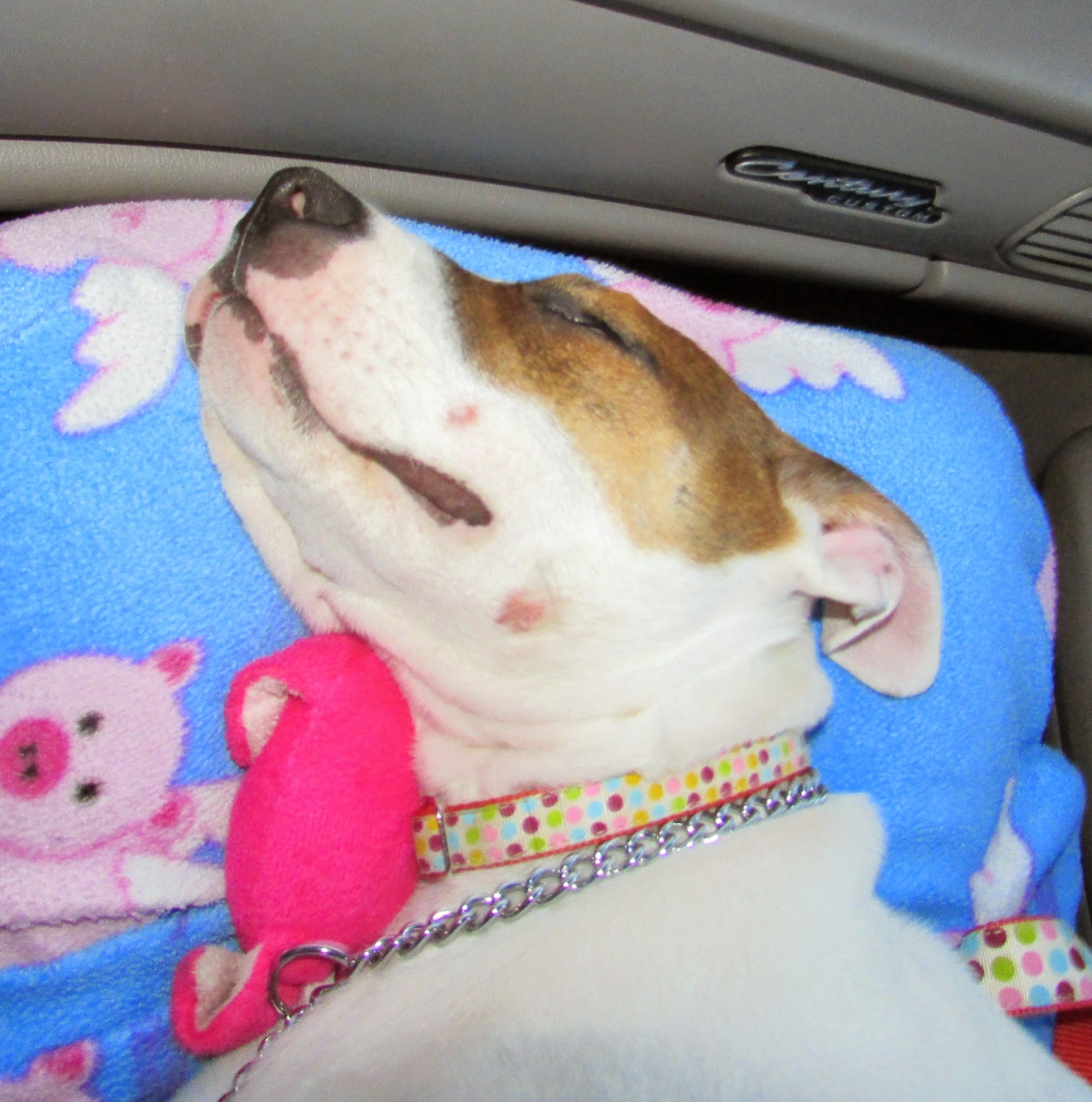 I knew this was good because these people cuddled me even though I was partially covered in poo.
So they must love me, right?